National dialogue under protest and repression 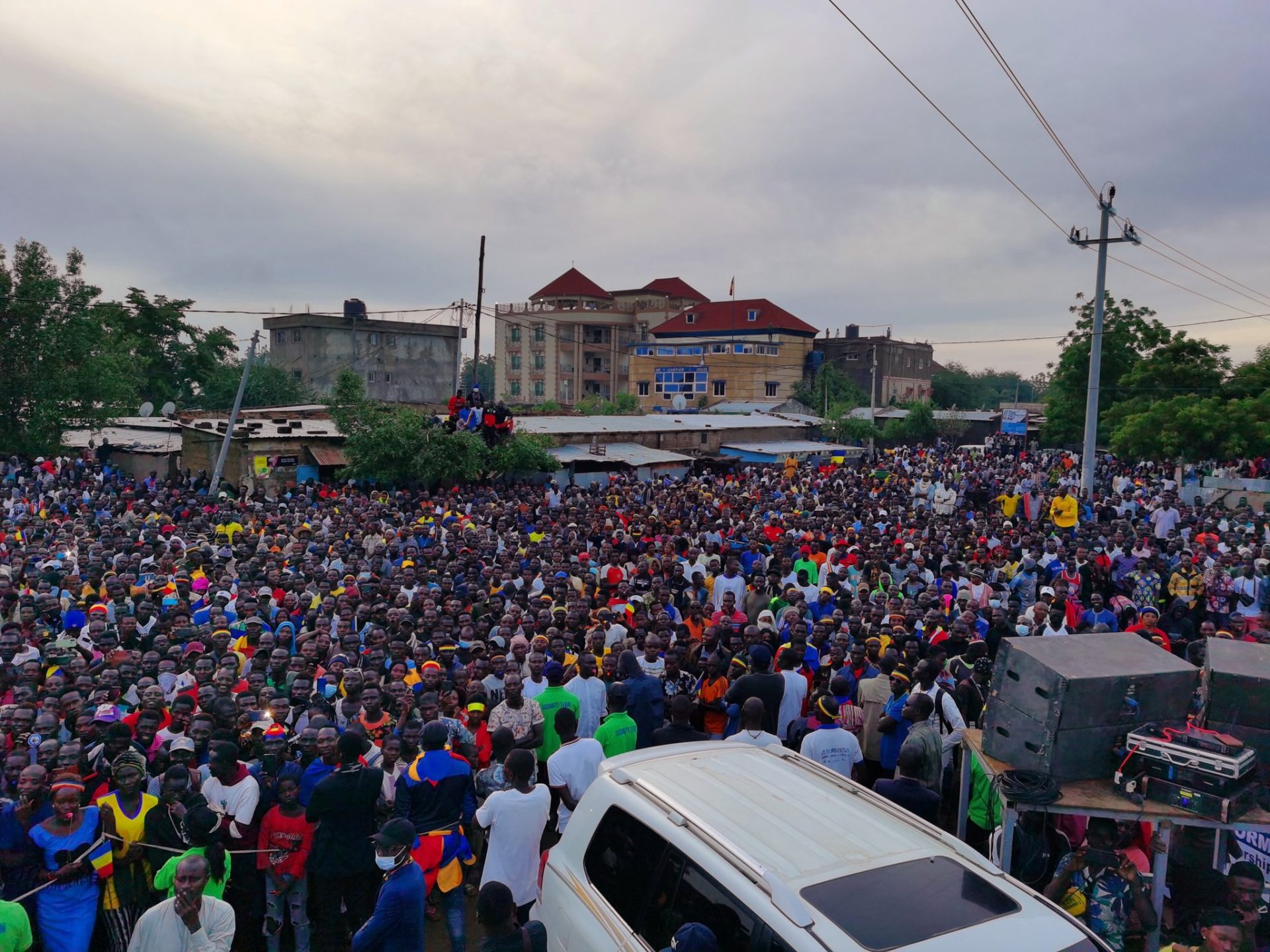 After the arrest of 91 Transformers party activists on Thursday during an awareness-raising parade of the so-called “dialogue of the people”, a column of soldiers surrounded the headquarters of the Transformers party early on Friday morning in N’Djamena. Other arrests and disturbances followed.

The National Inclusive and Sovereign Dialogue (DNIS) began on 20 August in N’Djamena. The opening ceremony was marked by very strong messages from the President of the Transitional Military Council, General Mahamat Idriss Deby Itno. He was delighted with this historic event.  After several postponements, this dialogue which is supposed to bring together all the sons of Chad crystallised all hopes. The pre-dialogue, held in Doha, Qatar, a few months earlier, between the political-military forces and the Chadian government convinced several “malcontents” in exile to return to Chad. But the absence of the major rebel group FACT (Front pour l’Alternance et la Concorde du Tchad) – the rebel group behind the death of former president Idriss Deby Itno – was a serious concern for Chadians. Despite this, the long-awaited dialogue had to be held. Difficult negotiations with the Transformers…

The large FACT rebel group was absent because demands they had made were not met by the organisation of the Dialogue. The same applies to Les Transformateurs (The Transformers) of Masra Succès. Currently considered the most influential political party in Chad, the Transformers are very demanding in terms of their participation of the DNIS. They want a “sincere” dialogue, with the key condition being the non-eligibility of the members of the Military Transitional Council (CMT) for the next presidential elections in Chad. This condition is according to them “non-negotiable”. To make themselves heard and also to put more pressure on the CMT, the Transformers initiated another dialogue on the same day as the opening of the DNIS, which they called the “dialogue of the people”. It is a large gathering of about 50,000 people in an empty space in the Abena district of Ndjamena called ‘The Balcony of Hope’.  During this manifestation, the leader of the Transformers party declared 60 days of resistance. During this period, every Saturday, there will be a crowd gathering at the Balcony of Hope to support and listen to the meeting to The Transformers.

On Thursday 1 September 2022, while a branch of the Transformers party was parading through the city to call on the population to come out en masse to attend the Saturday meeting, it part of the group was arrested by the police for “disturbing the public order”, according to the authorities. A total of hundred activists of the Transformers party were arrested between Thursday and Friday in N’Djamena. In a video released on Friday, it showed that the Transformers were besieged by  soldiers who were firing tear gas.

While negotiations continue to bring the Transformers to the negotiating table for the DNIS, this repression of the party will undoubtedly leave  stains on the sincerity of the meetings. For the Transformers, there must be a dialogue respecting justice and equality, otherwise we must expect another government that they will set up.

Should we expect two Chad’s?

This is not the first time that the leader of the Transformers has used the expression ‘two Chad’s’. For him, the requirement is simple: a Chad where justice in all its forms (social and institutional) and equality for all, will reign, otherwise we must expect two Chad’s. But what does ‘two Chad’s’ actually mean? This means that we can expect an attempt to split the country in which  talking about a Federation is taboo. In the camp of Les Transformateurs they do not comment on the subject, but on the side of the ruling elite, among members of the CMT and MPS , Masra Succès is reportedly throwing oil on the fire. On Saturday, during a dinner for the rebel groups returning from Doha at the presidential palace, the President of the Military Transitional Council took the opportunity to reply to Masra Succès: “There will never be two Chad’s”. The President of the CMT drew a red zone that could not be crossed by all those who would try to “divide” Chad, he said.

On Sunday evening, that the state of siege at The Transformers was lifted after negotiations with CMT emissaries. The soldiers camping in the surrounding area had left and those arrested would be released. But the problem is still not solved. What should we expect?